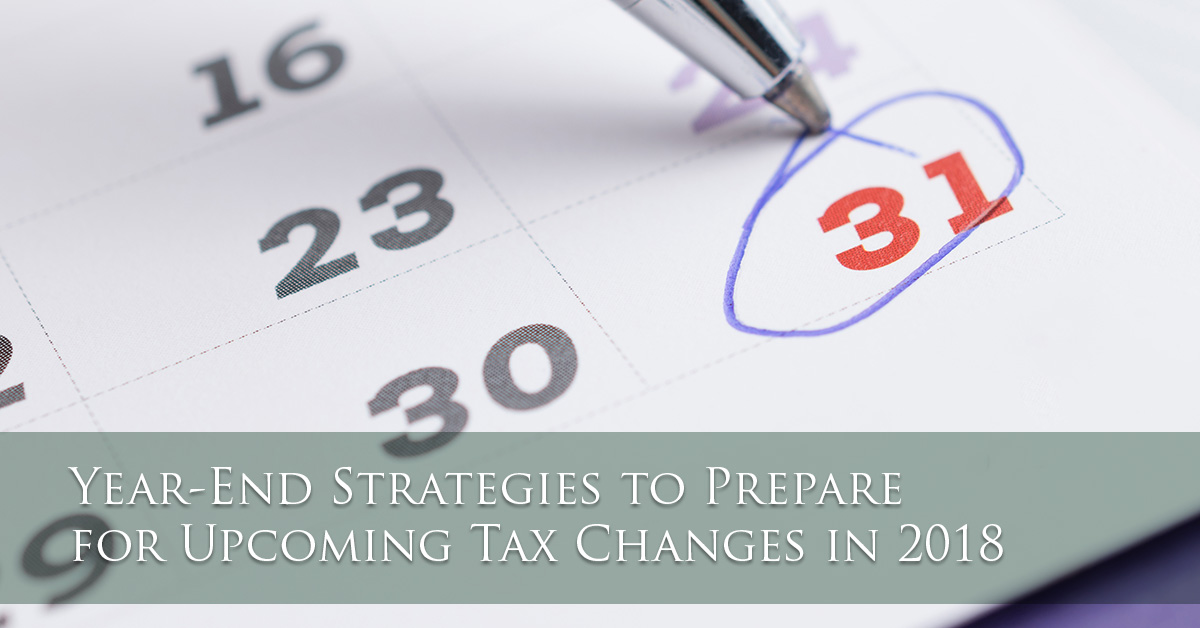 As 2017 and its legislative session draw to a close, Congress appears poised to pass major tax reform. While this isn’t a certainty, and many of the details are still being hammered out, we can draw some basic conclusions at this point.

Assuming the legislation passes, there will be fundamental changes in business and personal tax bills. There are tax savings on the horizon—at least in the short term—and there are also likely to be some deductions eliminated. This leaves many people wondering how best to prepare for upcoming tax changes that are probably going to manifest in 2018.

Before proceeding, we just want to emphasize that this is based on information available as the House of Representatives and the Senate seek to finalize a version of the Republican tax bill that enough members of both chambers agree on. But as the end of the year rapidly approaches, you can take steps now to benefit at filing time in the new year.

It appears that many individuals and businesses can expect a lower tax rate in 2018 if the tax bill passes in the House and Senate and is signed into law by the president. Generally speaking, the best strategy to benefit from this now is to defer income into next year where possible so it will be taxed at the lower rate.

Here are some common ways this can be achieved:

It looks like a number of familiar deductions will be repealed or reduced in 2018 as trade-off for a larger standard deduction. Here are some possible ways to prepare for upcoming tax changes of this nature:

Don't miss any of our original content about taxes, investment, and more! Subscribe to get it all in a convenient monthly email.