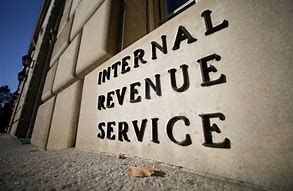 Compiled annually, the “Dirty Dozen” lists a variety of common scams that taxpayers may encounter anytime, including offshore schemes. Many of these peak during filing season as people prepare their tax returns or seek help with their taxes.

Taxpayers should remain wary of offshore avoidance schemes. Following the IRS intensifying efforts on offshore issues in recent years, many taxpayers have already voluntarily disclosed their participation in these schemes. The IRS conducted thousands of offshore-related civil audits that resulted in the payment of tens of millions of dollars in unpaid taxes. The IRS has also pursued criminal charges leading to billions of dollars in criminal fines and restitution.

Illegal scams like these can lead to significant penalties as well as interest and possible criminal prosecution. The IRS Criminal Investigation Division works closely with the Department of Justice to shut down scams and prosecute the criminals behind them.

Over the years, numerous individuals have been identified as evading U.S. taxes by attempting to hide income in offshore banks, brokerage accounts or nominee entities. They then access the funds using debit cards, credit cards or wire transfers. Others have used foreign trusts, employee-leasing schemes, private annuities or insurance plans for the same purpose.

The IRS uses information gained from its investigations to pursue taxpayers with undeclared accounts, as well as bankers and others suspected of helping clients hide their assets overseas.

The IRS reminds taxpayers who have failed to properly report their offshore investments or pay tax on these investments’ income, to come forward.  Since the circumstances of taxpayers vary widely, the IRS offers several options for addressing the noncompliance.

Under the Foreign Account Tax Compliance Act (FATCA) and the network of intergovernmental agreements between the U.S. and partner jurisdictions, automatic third-party account reporting continues. The IRS receives more information regarding potential non-compliance by U.S. persons because of the Department of Justice’s Swiss Bank Program. This information makes it less likely that offshore financial accounts will go unnoticed by the IRS.

Penalties for failure to properly report offshore transactions can be severe. A summary of these potential penalties as well as a comparison of what must be reported on Form 8938, Statement of Specified Foreign Financial Assets, and the Report of Foreign Bank and Financial Accounts (FBAR) can be found on IRS.gov.