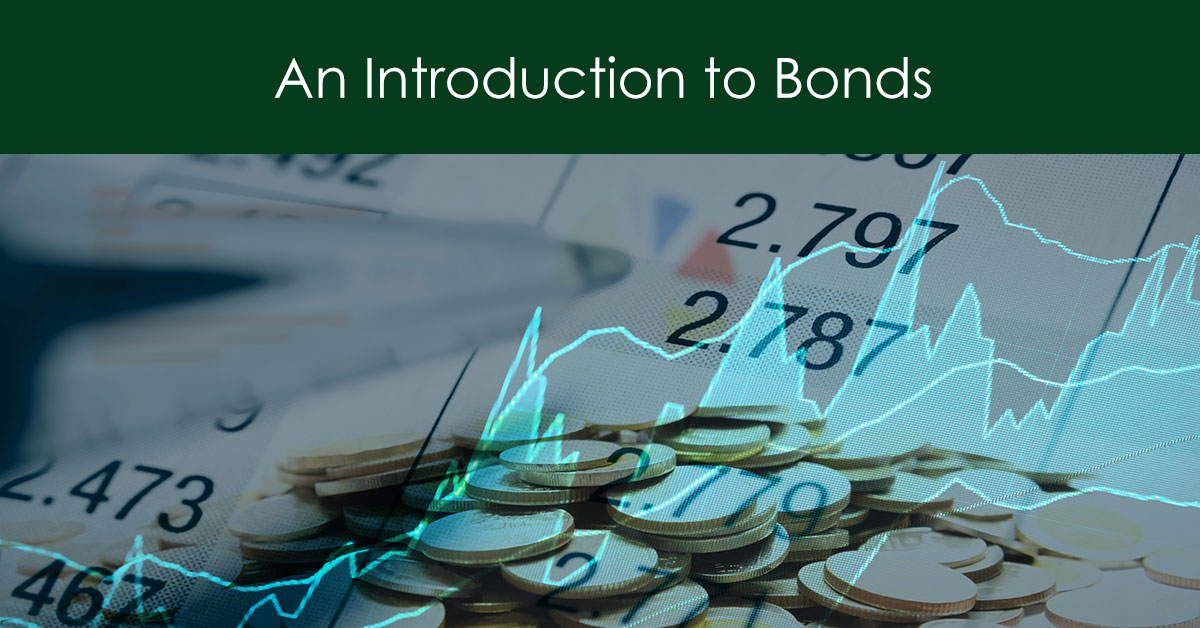 If you’re newly looking to get involved in investing, you’ve no doubt heard of bonds; they’re one of the most common—and simplest—options. Bonds are a relatively safe, low-yield investment vehicle, considered safer than buying and selling stocks. In the world of investment, it’s typical for risk and potential reward to be proportional.

So what exactly are bonds? They’re loans made by an investor to a borrowing institution—usually a government body or corporation. When you buy a bond, you’re lending that money to the borrower, who agrees to pay you back with interest in a predetermined amount of time.

Because of their predictability and relative safety, most investors find it appealing to include some bonds as part of a diverse portfolio. Although the return doesn’t match the potential of stocks, they can help mitigate loss from poorly performing stocks or other riskier investment vehicles.

Here’s an introduction to bonds to help answer the basic questions new investors usually have.

Bonds are generally considered a smart inclusion in any well-diversified investment portfolio. However, the return is low enough to prevent them from being a significant wealth-building tool. Finding the right balance among the many types of investment vehicles for your monetary circumstances and goals is essential. Consult your professional financial adviser for help in determining whether bonds are a smart pick for your portfolio, and exactly how much they should figure in.

Questions about which investment vehicles are right for you?

Our experienced financial advisers are standing by to offer personalized guidance to help you achieve your goals and build security and wealth.